The night had just begun and we could see the wilderness as we drove back to La Marina. A debrief of the day was enough a slot to put us to sleep.

We woke up early (by New Year standards) and landed ourselves at Baker Street. It was just the right spot for a wake up brunch. We thoroughly spent time tasting each and every name on the menu. After a cold coffee, we walked through the streets and decided to go for the famous Pondicherry shopping. We passed shops, boutiques, designer cafe but it was all about going in with excitement and returning empty handed. I wondered how people even shopped here! Neither the street shopping, nor the yearning to buy anything help as we walked past the Governor's splendid bungalow. (The inability to buy was a function of lack of interesting collecting)

We came back, caught some sleep to balance the morning quota. We did not mind skipping lunch for an interesting evening agenda: it was the Auro beach followed by a dinner at The Promenade. Auro beach was the last beach of our trip. Aastha and I felt like heroines (not that we were dressed like one) as the crowd threw anxious glances at us. The guys decided to test their recently acquired swimming skills . It was fun to watch them wade through the water. My line of sight spotted another family having a gala time. The air echoed with their laughter and words that I dint seem to understand. The place also had the usual suspects: trying to make the most of even a grain of sand.

On the drive back, I was introduced to Auroshikha, a world of fragrance! I was never a huge fan of incense but this place got me to buy some for Mom. We nearly spent 90 minutes as the guys filled basket after basket to be billed. The next stop was the Hidesign cafe, I picked up a chrome yellow handbag after contemplating the need vs. cost aspect. It was a battle between the brain and the heart where the brain gave in! We also tried the 'second hand store' which failed to impress any of us. Some window shopping and we finally returned to La Marina to dress up for dinner. My happiness knew no bounds for I finally owned a Hidesign!

The evening Promenade was spectacularly beautiful. The ambiance was as pleasant as the food. I did try something different (inline with my philosophy of 'Novelty Every Year'). It was midnight and we walked along the beach to hear the water crash on the rocks. The full moon, the cold breeze and a no man street was perfect to be called a New Year Eve. The walk to La Marina was adventurous as the dogs invited us to engage in a contest. (I was reminded of the scene from Breaking Dawn!) Aastha gathered the courage to scare all the dogs, it was surely the Promenade magic in action! 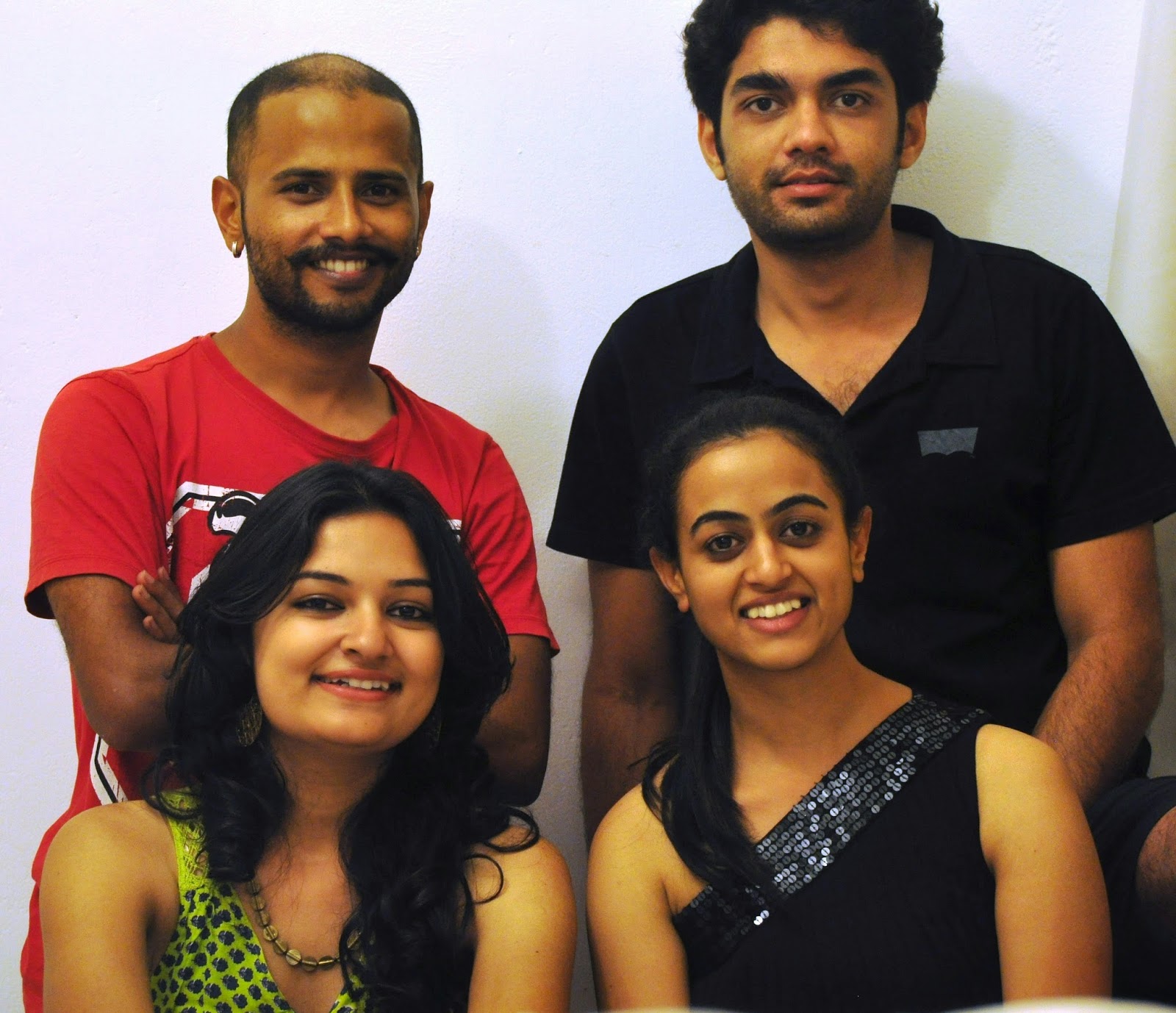 The night just felt longer. We were about to crash in our beds when the idea of a photo shoot struck us. After few hundreds, the guys joined us and it was a different aura all together. We laughed relentlessly till our stomach muscles could not take any more and managed to click this perfect family pic! A memory to be etched for the next xxxx years....