- May 20, 2014
I realized how strongly togetherness could beat the thought of any apprehension at such times...!

Aastha was up early, all set to visit the temple. We dressed to fulfill the temple traditions (including Dhruv and Mihir) as per our research on Google and advice from near and dear. The walk to temple was little less than 2mins but what surprised us was the queue that reminded me of the Pied Piper of Hamelin! Aastha and I chose to step in first, make way and share our path to success with the guys who were hand holding the caught camera. It was a Monday, I closed my eyes to visualize the linga in Somnath to offer prayers from a stainless steel railing 600m away. Looks like the guys followed the same strategy and came out in no time.


After a breakfast in the most locale place possible, we changed to fight the sun and sand in Dhanushkodi. It was a day of experiencing 'means of transport'. We got into a 4 seater rick to take us to Dhanushkodi after a heavy bargain. The next in line was a tempo carrying 'All are equals' to the beach. What was awestriking was the landscape as we traversed through a stretch of sand, patches of sea, remains of walls and cast away articles. I could imagine people walking into the sea to reach Sri Lanka from here! 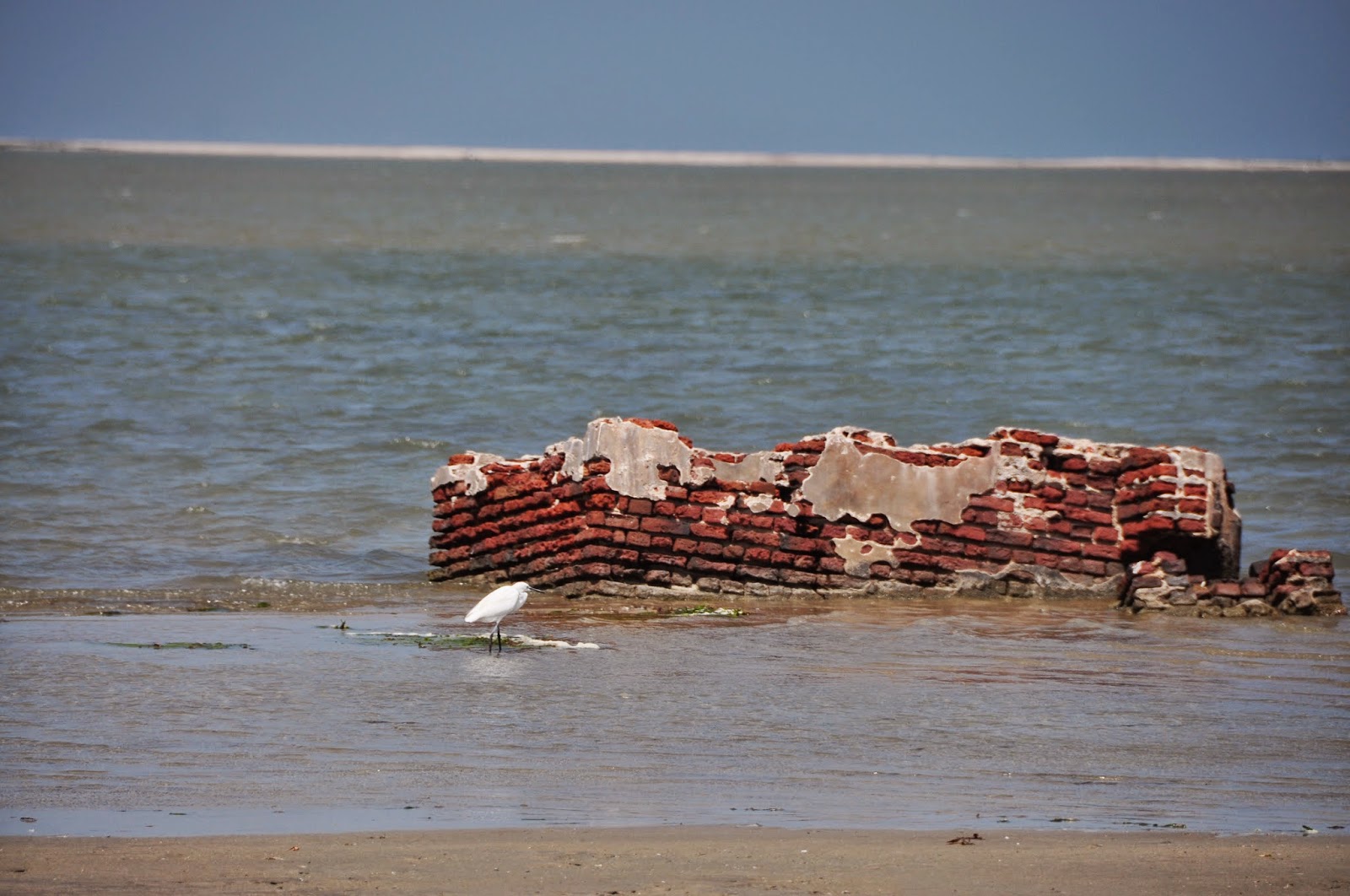 The moment we got down, we head straight towards the sea/ocean with a hope to witness the confluence. The water changed colours and I froze on the change in shade to be the confluence. We left no stone unturned to shoot our 1-2-1-2 in that scorching heat. I put my amateur photography skills to use and clicked what I liked. We were lost in thoughts as we watched fishermen cast the net, felt the ruins from the 1960 cyclone and breathed in the light air. The driver's whistle in the background signalling the time to return made us turn and walk to the tempo. The other motivation was to get the best possible seats together to eliminate the locals around. In the scheme of things, we really forgot to even think of the bridge built by Rama to reach Lanka. I was glad to realize that it was not to be seen due to high tide and I opted to believe so... 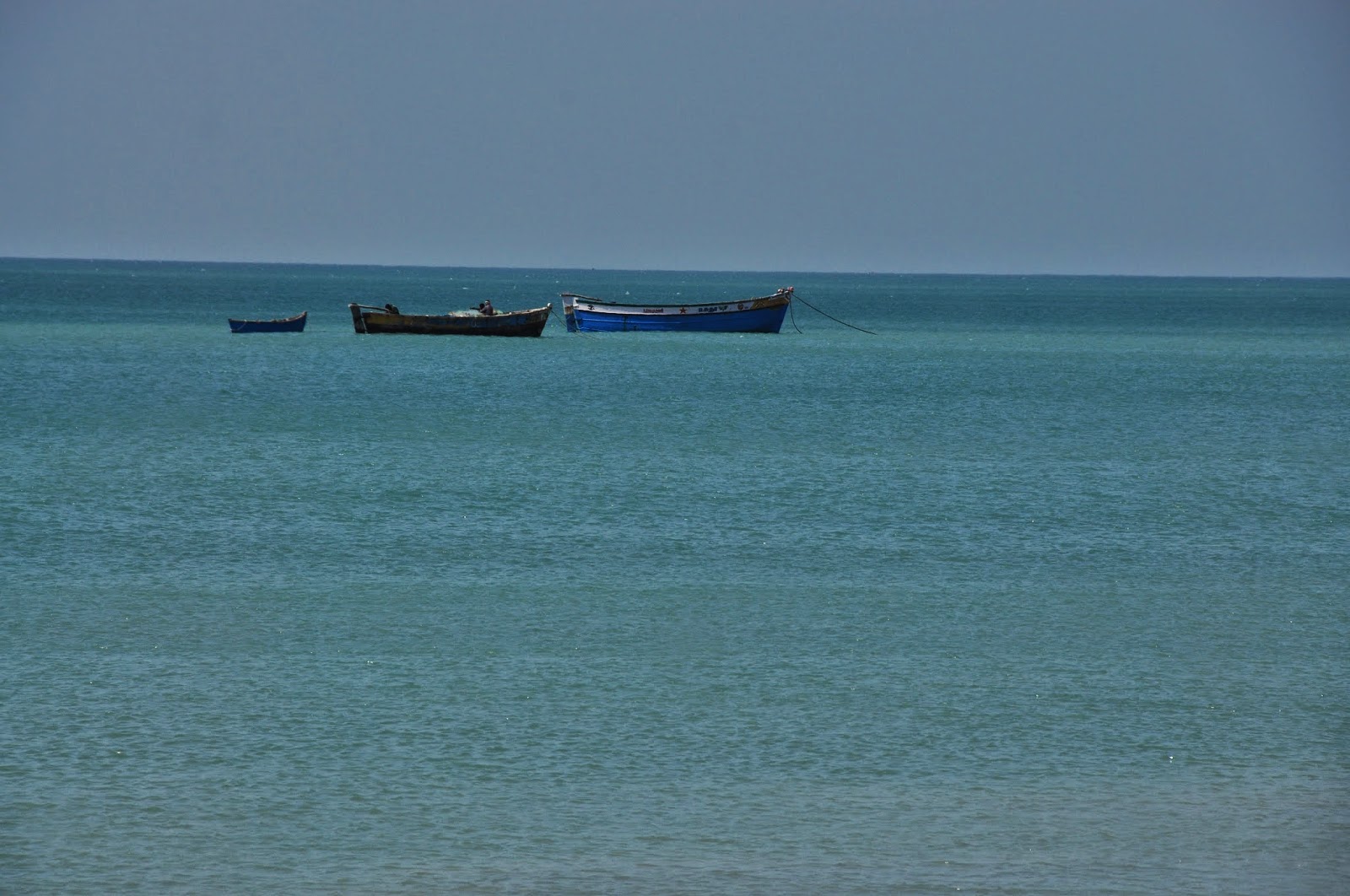 Back in the bus and then into a different auto, we had awesome fun till we reached MCM. The next agenda was clear, pack and leave for Tanjore. We stopped on the way to watch the most interesting bridge built by mankind in India- the Pamban Rail and Road bridge. Chennai Express was lucky to see the train cross the bridge with the ships in the background (but it just happens in movies!)

The eve in the car was a lesson on photography by our honourable teacher Mihir Gorecha with Aastha being the most diligent student and I in a supporting role. Dhruva's hope to catch any sleep vanished with the continuous chatter(clutter) presented by Aastha in the form of questions and clarifications. The journey felt no longer, longer! We were in Tanjore before dinner and the sight of Abis Inn (an awesome place to stay!) just refreshed the four of us.
It was the night of teach and learn- I was taught and taken into confidence for a simple reason                'What happens in the trip, stays with the tripmates...' and it still does!
My Travel Diary