Indeed it was! I woke up at half past seven trying to peace the battle between the waves and a growling stomach. I was too excited to take a walk at the beach, all alone, but restrained my thoughts at Mihir's sight. He was too deep in sleep to be waken up but I felt an 'FYI' would help. He jumped out of bed to my call (the third one) and just followed (escorted) me to the breakfast bay. We ordered coffee and I took a stroll as the photographer got ready to harness his skills.

We walked to the beach and it was simply a pleasant sight. All I could see was the stretch of coconut trees along the road and the sea on the opposite side till my sight could allow me. The sun was up and it was beyond my thoughts to frame all that I witnessed. I formed a small world of my own- it was the water, the sand and I... 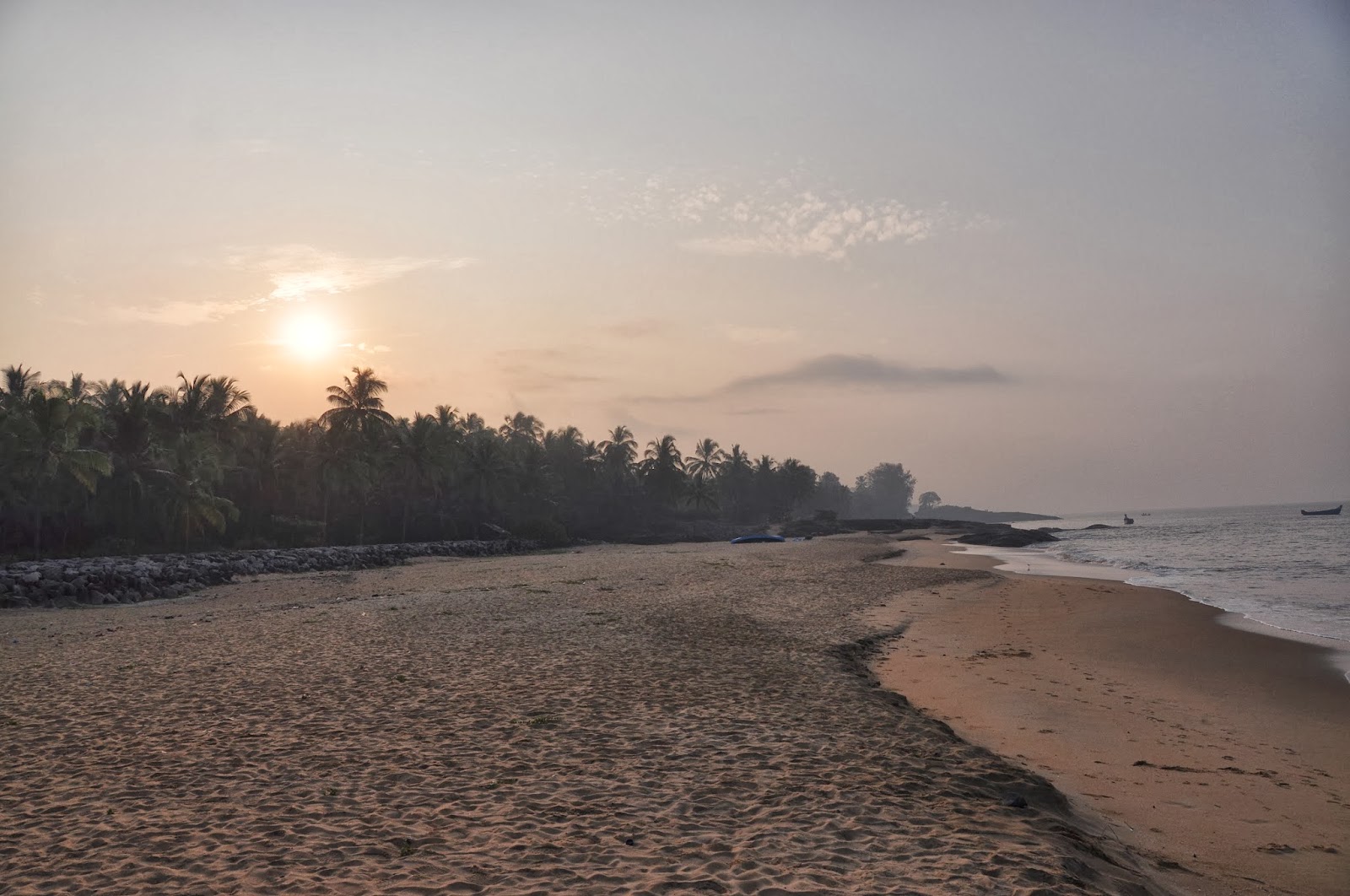 I returned to the present as I caught a glimpse of Dhruva and Aastha in the car about 20mts away. And I knew, it was just going to be all the more fun (It makes a huge difference to have female company). We walked towards each other with open arms and hugged each other in assurance of the same. Mihir was at his usual best; clicking sand, water, birds and us with equal interest. A debrief on Day 0 to a tired but patient Aastha in Dhruv's company kick started the 1-2-1-2 session. Believe me, I had never heard of such a thing in 2# years of my life! It came from Dhruva, our creative director and all of us had no choice but fall in line with his concept (which looked as stupid as it could get then). After about 50 clicks,we were convinced of the footage for the movie and headed back to the room for breakfast.


Breakfast was special: puttu with a mixed gravy sabzi and bananas from the God's own country was heavy enough to pass lunch. After a second tour of the beach and more shoots, we decided to bid adieu to Kappad beach. Our attempt to capture Mihir in the lens did reap some fruits as we traveled to Alleppey. Snacks from home served as a retreat as we went in circles to find out the shortest possible best route. I did test my driving skills for less than a km ( Will not disclose the 'why' aspect)The drive was long, the road was packed and we wondered it we were on a highway as we went past the Lulu Mall in Kochi.

It was almost late night (in my time keeping record); close to 9:30pm when we reached Dream Nest Heritage Home, Allapuza. Our eyes had turned red and desperately searched for a bed as we drove to a restaurant close by for dinner. We reached our place of accommodation after dinner only to understand that the Beach Festival was ON till midnight. Aastha and I could see the twinkle in each others' eyes as we headed to be a part of the festival. It was a happening place with food stalls and a stage for performances. We got content little too sooner than expected and walked towards the beach in the dark! My heart pounded at the sight of every shadow and a wave of breeze but I kept strong (I knew I was doing something, I had never done before). I assured myself of my younger days when I would practice Karate and kept reiterating the same in my mind. It was a no moon night but the waves were pretty strong to sweep us away and drench us partially. 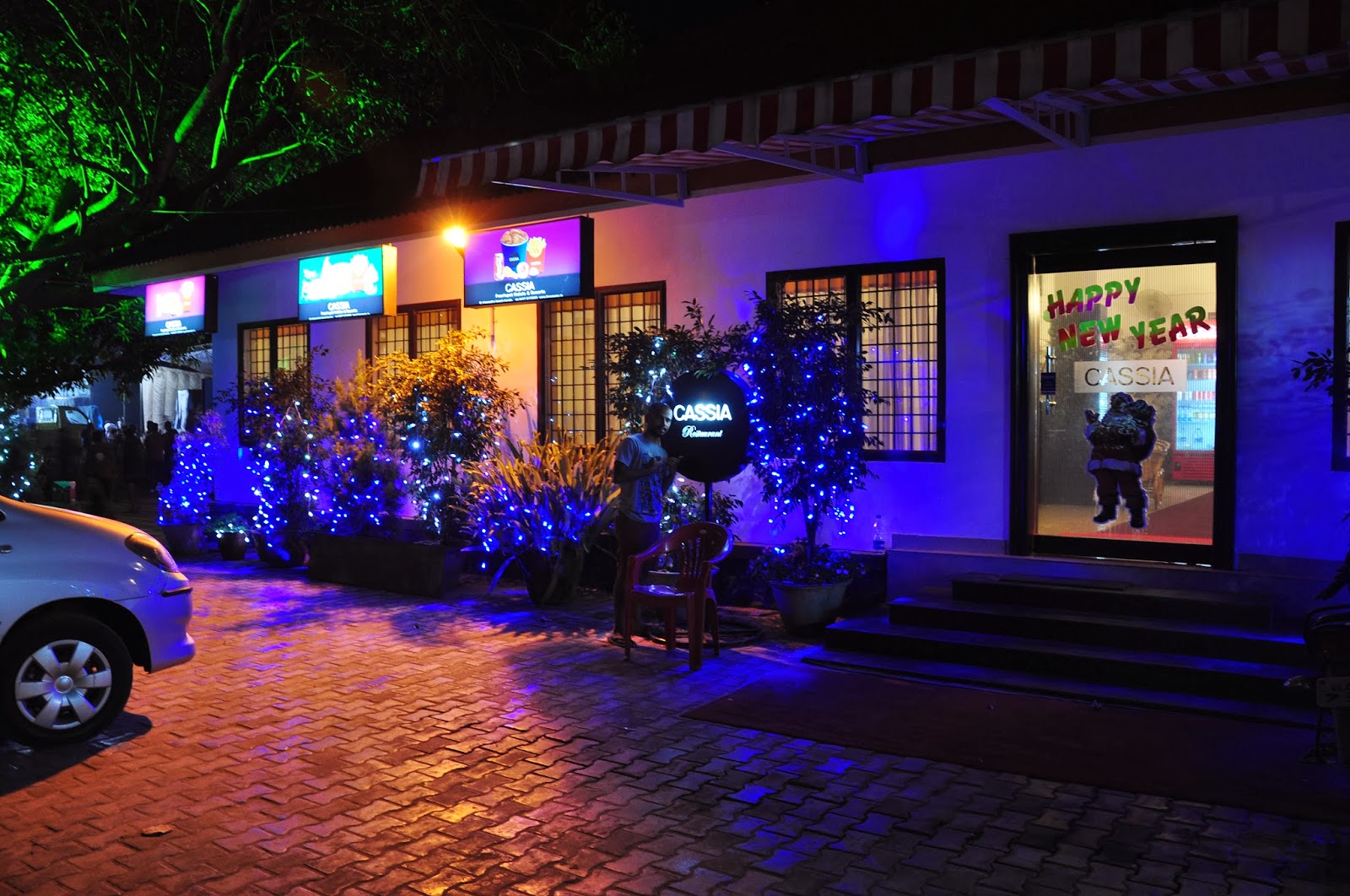 It was ten to one when we returned to the room. Aastha and I spoke stuff which would be of least interest to the guys, who chose the veranda to take rest. Biscuit (the dog) was too tired to keep track of our movements and went to sleep. I do not recollect the instance I dozed off but I was charged...
My Travel Diary