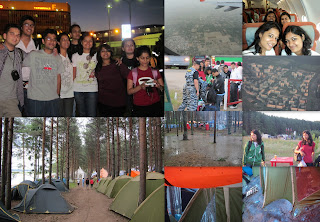 Nothing had worked in my favour and my prospects to be a Seligerian kept dropping down as days passed by. As if a wand of magic worked and I was travelling to the Bangalore airport to board the IA 636 to Delhi. “I shall be in Russia tomorrow”, I thought as chill ran down my spine. “You never know where you float with Aeroflot”, commented a friend of mine before my departure! The airsickness had already taken a toll on me but I struggled to keep it at bay with my unflinching enthusiasm.
The landing at Moscow airport wasn’t a usual one, a delayed flight’s transition to the status of a cancelled flight took the Indian delegation of 18 to Jaypee Five Star Hotel. After a refreshing hot water shower, we shrugged off the drowsiness that was the result of a couple of hours in bed. My basic instinct said that I would not enjoy a mattress and a pillow for the coming ten days.
I felt proud as I proved to be true:


As an MBA grad, pursuing HR as a specialization, I had prepared myself for the expatriate training to deal the cultural shock. I firmly understood the necessity of a pre-visit model in expatriate training as I stood in front of 20 occupied wash basins waiting for my turn to brush. The provision for shower unintentionally convinced me for an alternate day agreement. The evening storm made me feel hostel sick, as I desperately longed to go back to India. The non vegetarian food being served in the  white night added to my misery.


Only one question sprung up in my mind: How would I survive for 8 days in Seliger???
Seliger 2011 Seliger Diary